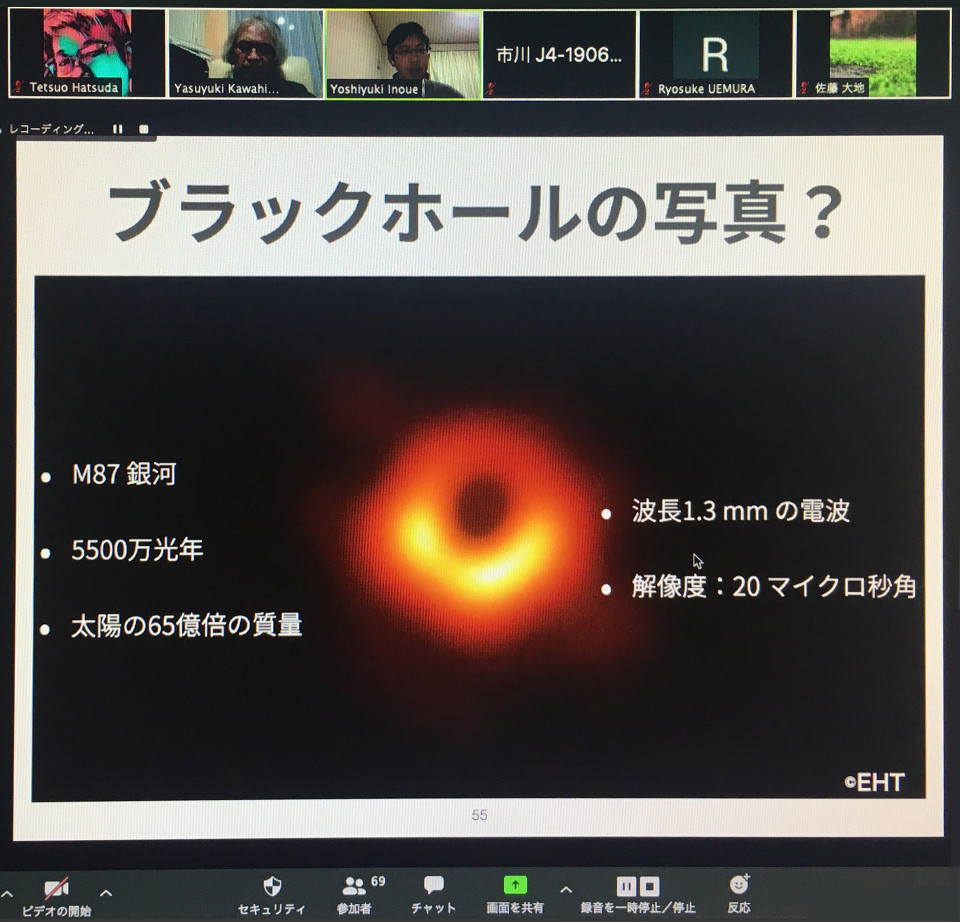 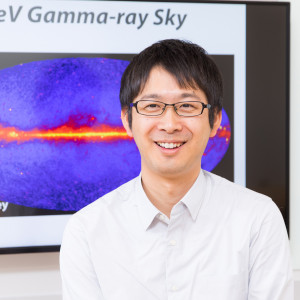 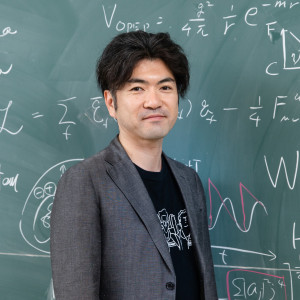 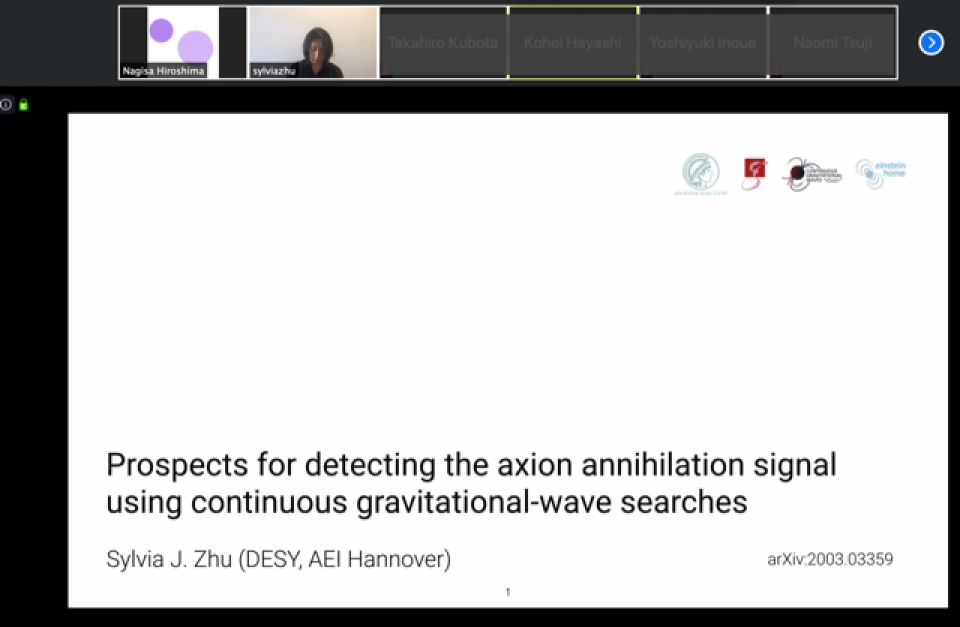 Searching the signature of the ultra-light axions using gravitational waves

As the first activity of the DM working group in the academic 2020, we have held an online seminar inviting Dr. Sylvia Zhu from DESY. She has introduced her recent work about the axion search using the continuous gravitational waves, which is a new connection between the particle and the gravitational-wave physics.

Axions and axion-like particles are good candidates for dark matter, which could simultaneously solve the strong CP problem. When such particles exist around spinning black holes (BHs), they can extract the angular momentum of the BH through the so-called superradiance. In this mechanism, the amplitude of the axion oscillation increases because the wave is scattered off by the rotating BH. Especially for the case of the axion/axion-like particle, this scattering leads to the multiple particle production hence they form a cloud-like structure around the BH, which resembles the electron cloud of the atom. Such a BH-axion cloud object can be the source of the continuous gravitational wave since axions in the cloud are converted to gravitons when they pair-annihilate.

Combining the mass and spin distribution of the BHs in our Galaxy, we could expect about 100-1000 continuous gravitational-wave signals generated in the axion clouds. We can probe the axion/axion-like particle of which mass is 0.1-1 pico-eV using this method. The sensitivity with the LIGO-Virgo facilities peaks at ~0.5 pico-eV. We could see the signatures of the new physics and/or the hint of dark matter by conducting intensive analyses. 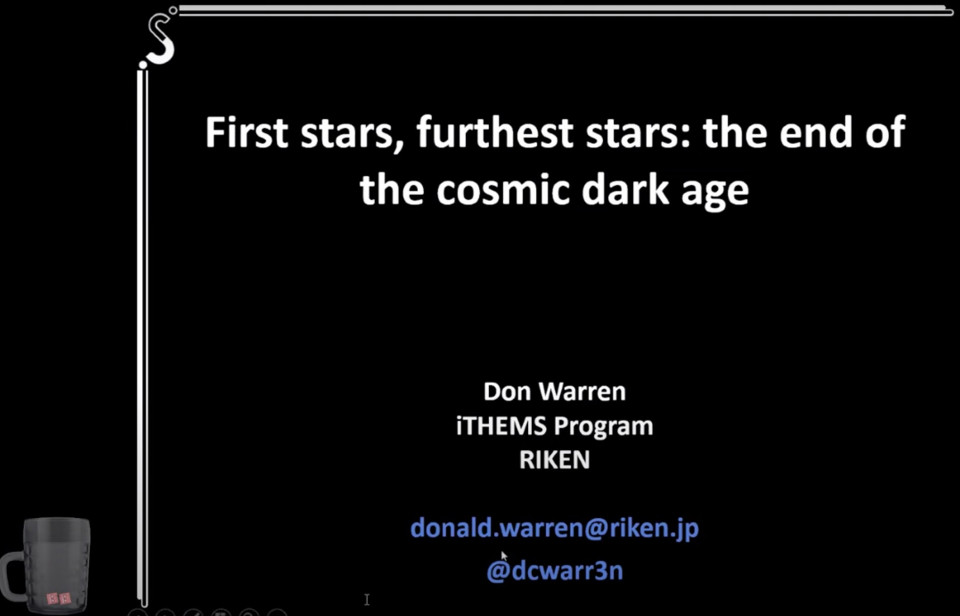 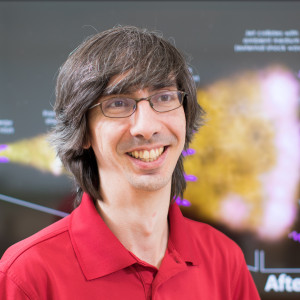 At Nerd Night Tokyo on April 22, Don Warren gave a public talk on "First stars". You can watch his superb lecture from YouTube. Enjoy! 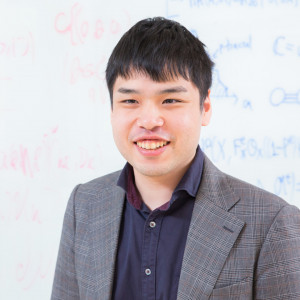 From Eigenvalues to Resonances 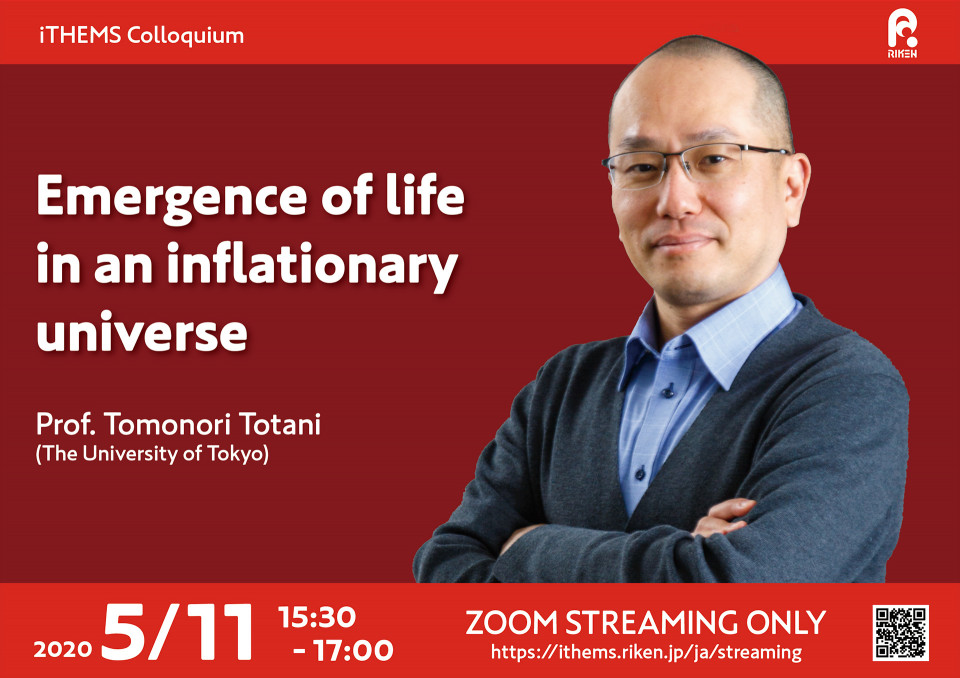